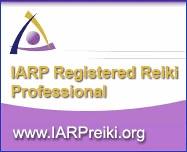 In the later part of 1994 a very close friend of mine, for the sake of her privacy I’ll call her Jane, was diagnosed with cervical cancer. She was told that the treatment would include surgery as well as chemo and radiation therapies. The thought of surgery, while being scary, didn’t bother her too much. But the idea of introducing harsh drugs and radiation to her body as unacceptable. She was on a mission to find an alternative natural treatment.

One Sunday afternoon Jane called me asking if I wanted to go with her to check out an indoor flea market that she knew of. I hadn’t slept well the night before and wasn’t feeling that great, but decided that getting out of the house just might be what I needed, and agreed to go. We got there and all around us was the regular variety of tables and booths with all of the odds and ends that people had plucked out of their basements, attics and garages. But right in the middle of it all was a booth with a somewhat permanent appearance to it, with walls, windows and even a door. There was a sign above the door that read, “The Enchanted Cottage”. Curious, we went in to see what it was all about.

When we went in, we were pleasantly surprised to find a very nice shop complete with display cases and shelves all filled with the standard products of a New Age, metaphysical shop. We looked around for a while, and Jane explained to the shop owner, Peg, what her situation was and what she was looking for. Peg directed her to a section that contained a variety of herbal extracts and recommended one that used to treat cancer and others that are used for natural hormone replacement.

While Peg was ringing up the purchase, she noticed that I seemed to have some discomfort, I still had a stiff neck from my poor night’s sleep. I told her that I had a stiff neck and she asked if I was open to her working on it for me. I figured that she would massage it a little and couldn’t make it feel any worse so I agreed. I sat in a chair that she had there and she came up behind me and just placed her hands on the top of my head and didn’t move them. I remember thinking that this was the strangest massage that I had ever had, but she wasn’t hurting anything, so I let her go. After a few minutes, I felt a warm vibration radiating from the top of my head, where her hands were, and down my neck. As the feeling spread not only did the pain in my neck start to go away, but my mood also got lighter. After a few more minutes she removed her hands and stepped away asking how I was feeling. I told her that I felt much better the proceeded to ask her, “What the hell did you just do to me?” She smiled and laughed and proceeded to tell me that it’s called Reiki and gave me an explanation of what it is. Needless to say, I was intrigued.

Throughout the next week, I spent a lot of time thinking about what I had experienced and how it felt. I was trying to comprehend how just a few minutes of this woman placing her hands on my head, could not only relieve the pain I was experiencing, but also affect my mental outlook. I was curious and needed answers, so the next weekend found Jane and me back in Peg’s shop. We talked to Peg about what Reiki is and how it works and she did more work on myself and Jane. Again, we both walked out feeling great. Over the next month or so, one and/or the other of us was at Peg’s shop almost every weekend, learning and experiencing more.

During one of our now regular visits to Peg’s shop after her having done some work on me she turned to me and said, “You know, this is something that you can do too.” I had never thought about it, but now she had me thinking. She went on to explain the attunement process to us and by the end of it Jane and I scheduled our Reiki I attunement. On March 18, 1995, Jane and I were both attuned to Reiki Level I, and the journey began.

After our attunement, Jane and I spend many hours working on ourselves as well as each other. Our primary focus was on Jane in hopes of getting ahead of and stopping the possible spread of the cancer. After Jane’s next follow up with her doctor, he reported back that not only had the cancer not spread, but that the original tumor had also shrunk some. Encouraged by this news, we continued our Reiki work on Jane along with the herbal regiment. In addition, we both took our Reiki Level II training so as to be able to work on Jane from a distance when it wasn’t possible for us to be physically together for a treatment. By the time of Jane’s surgery two months later, the tumor had shrunk by 70%.

After her surgery Jane declined the chemo and radiation therapies and the hormone replacement drugs, opting instead to continue on the natural path that had taken this far. Needless to say her doctor was less than happy with this decision, but agreed not to push the issue with her husband if she agreed to quarterly screenings and to undergo traditional treatment if the cancer returned. She agreed and I am very happy to be able to report that Jane has been cancer free since the day of her surgery without the need for traditional treatments.

After Jane’s recovery, the thought crossed my mind several time to take my Reiki experience to the next level and get my Master attunement. I considered this to be a very serious commitment and felt that I just had too much going on in my life to give it the time and dedication that it deserved. So for the time being, I primarily worked on myself and family and friends and at times didn’t use my Reiki gift for extended periods.

During this period though I was given an opportunity to use Reiki and learn a very valuable lesson. A friend of mine had a friend whose mother was in the advanced stages of MS. All of the treatments that her doctors had tried weren’t doing anything to improve her condition so they ask me if I thought that Reiki might be able to help. I honestly told them that I wasn’t sure, but that I would be willing to try.

I spent an hour a week working with the woman and was getting discouraged and was starting to doubt Reiki and myself when after six weeks I wasn’t seeing any improvement in her condition. Then one day I walked through her door and she greeted with a huge smile. I asked her what had her in such a good mood and she simply replied, “You’re here.” I was appreciative of her happiness to see me and attributed it to the desire for companionship other than her family. I thanked her and went on to tell her that I wasn’t anybody special.  She in turn proceeded to explain to me how I was.

She explain that while she was very appreciative of the company, what really excited her was what happened after I left. For about an hour or so after the treatment, her condition would improve enough that she could eat her dinner on her own. Normally her arms and hands shook so bad that she had to depend on her daughter to feed her. Having those brief periods of independence meant so much to her and helped her to cope with the frustrations of her regular life. I continued to work with her until the family moved from the area.

This experience taught me importance of having faith in both the universe and myself. Had I given up when I didn’t notice any progress, I would have deprived her of that little bit of happiness in her life. This is when I truly began to understand how Reiki heals the spirit. While we may not always be able to heal or bring long term relief to the body, the impact that we can and do have on the spirit is immeasurable.

Fast forward to 2012. I’m going through a rough spell where I’m questioning life. Work life, home life, all of it, I’m looking for clarification and for as much as I meditate and perform Reiki on myself the answers just aren’t there. I had long ago lost contact with Peg as she moved to another part of the country and I didn’t know of any other Reiki people in the area. Then one day as I’m driving through town, I see a sign for a wellness center that offers Reiki as one of their services. Thankfully I was at a red light and was able to jot down their phone number. When I got home I called immediately and set up an appointment for the following weekend. The session was great and I walked away with a much clearer head.

As I continued on with my personal meditation, I also found a small group interested in meditation that I meditated with regularly. As time went on and my fog continued to clear, the message was coming through clearly and regularly that it was time for me to take the next step in my Reiki journey. It was time for me to take on the role of teacher. I tried to deny it. I tried to justify my denial by saying that I was still too busy to dedicate the time that the role of teacher deserves. I then learned another valuable lesson. When the Universe wants something for/from you, it can be very persistent. It was turning in to a situation of and unstoppable force, the Universe, meets and immovable object, me. Every meditation that I took part in and every reading that I received all resulted in the same message, “You need to be teaching.” I was forced to take a deep look inside and I saw that I had just been making excuses. I realized that deep down in my heart I knew that this was what I wanted and needed to do.

On May 14, 2013, I was attuned as a Reiki Master Teacher. Since then, I have had the privilege of introducing many people to the healing gift of Reiki with their Level I attunements and elevating others to Level II practitioners and Master Level III. These have all been wonderful experiences and I look forward to sharing this gift with many more in the years to come.